"We are so excited to screen your film next month, please send me a link to the trailer so that we can share it." My name is Mikel Fair and I have been a film festival director since our first event in 2008, the Houston Comedy Film Festival. My company Film Festival Circuit currently operates ten different film festivals (LINK) of all genres in Texas, Nevada and Oregon. This is usually the email message that I send, when we accept a film or series episode for a festival, but there isn't a trailer linked to the festival submission form. Do you really want to be one of the few films selected, that does not benefit from a Film Festival's social media and marketing campaigns? Film Festivals love to receive submissions that are "complete" with all of the marketing materials that we need without having to ask. Film Festivals are trying to fill the venue with viewers, but it's hard to do that, without a trailer. This should be a basic step in your marketing process, even for short films.

This article contains Chapter 8 of the Film Festival Submitters Handbook (LINK) entitled, "Why Creating A Trailer Is So Important." I hope that you find it useful. Please share it with a friend. If you decide to pick up the book, I sincerely appreciate your support. Best of luck.

Chapter 8: Why Creating A Trailer Is So Important

In my experience as a Film Festival Director for over a decade, I strongly recommend that you create a trailer for any Film, TV Pilot, or Web Series before you start submitting to film festivals. Trailers are not a requirement for acceptance at our Film Festival events. However, having a trailer associated with your submission is valuable to our judging and marketing efforts.

I can’t speak for all film festivals in the world, but our judges watch 100% of each and every video submitted to us. The judges watch the trailers as well. When our judges watch 100’s of films over a long period of time, watching the trailer can help them recall details about your submission. Trailers are a helpful memory refreshing tool. Especially after weeks have passed since watching and rating a submission for the first time. Whether it is in the selection phase or the award nomination phase, the judges are always referencing, rewatching, comparing and spot checking films over time before making a final rating.

Also, if your submission is accepted, Film Festival attendees want to get an idea of what the films are about, before deciding which sessions to attend. Do you want people to be excited to see your film? As discussed previously, the synopsis, biography, director’s statement and poster are valuable to your marketing efforts for different reasons. A film trailer is different, in that it gives the viewer a taste of what is going to be viewed at the event. A strong trailer includes a little bit of video, dialogue, music and sound effects from the film. For our festivals, we post every trailer for every film accepted, on our event pages, ticket pages and social media channels. We do this, because it helps build excitement about your creative work. This is a free marketing effort that our festivals provide for the official selections.

Your film’s trailer is a great way to link to a website or social media profile associated with the film. Film attendees frequently ask us, “How can I be notified when this film or web series is released? How can I share this with friends?” Adding a link, turns your trailer into a gateway for people to find out more info about your other productions as well.

Film Festival Submission Forms allow filmmakers to upload the video file for your trailer directly to your submission page. Which is helpful, because we can use video clips without the sound from your film when making commercials or advertisements with multiple films.

When it comes to sharing your trailer “as-is.” We prefer to have a public Vimeo or YouTube link. Why? Because, we have had bad experiences uploading video trailers from films that we do not own, to our accounts. We don’t want to be flagged for inappropriate content or for using copywritten music.

Also, it keeps the availability of your trailer in your hands. If a distributor asks you to take down the trailer for some reason, you don’t have to contact us. The link will simply be deactivated on your end. Your trailer can be shared or bookmarked, which is free marketing. Every share and discussion about your creative work online, helps market your film. It is also a public record of engagement that people may find, when researching your film. If a distributor is doing research, then finds a YouTube trailer, you want them to see 100's of likes and comments, right?

Recently, I reviewed the selections from our Oregon Short Film Festival Summer 2021 event. A little more than half of the submissions had a trailer associated with their film. Which is not a great number. You can strengthen your submission and stay ahead of your competition with a good trailer. Ask yourself, would you spend money to purchase a ticket to a film festival that didn't have a single trailer available? Would you buy a ticket to a Hollywood film without seeing a trailer? Sometimes, yes, but most of the time, consumers want to get an idea of what they are going to watch, before they commit the time and money to see the films in your screening block.

Tips when providing a trailer on Vimeo

1) Include the Title, Director and Star(s) Somewhere In The Video File.

Today, users post thousands of video files on YouTube and Vimeo every minute. Oftentimes, the video file doesn't have any text, because users depend on the Text Title and Description to explain what the viewer is watching. Big mistake, do both! I learned a valuable lesson at a film festival recently. I integrated three different video files of film trailers into the program of the festival on day one, so that I could promote the screenings taking place on day two. I noticed that the trailers were cool, but the three I picked didn't have the title of the film in the video! I felt a bit silly and one person even asked me, "Hey, what was that last movie trailer with the blonde girl?" The moral of the story is, you don't always know, in what context your trailer will be used. Therefore, put the important text in the video file, to help the user remember the name of your film.

This can be a website or social media link. When I look around the room at our film festivals, while people are watching films, they are always checking their phones. Festival attendees want to learn more about your film, share it with others and possibly get in touch with you. Including a CTA in the video of your trailer is very important, don't miss this opportunity.

Some filmmakers get very nervous about these 4 words. They are so afraid and indecisive, that they never end up making a trailer at all. My father used to call this, "Paralysis by Analysis." Even if you're showing just a few images and some music from your film, don't be afraid to create something, no matter how short your film is. Why? Because viewers want to have some incentive to watch your film. A few still photos won't give away your story.

4) Have a "clean" public version of your trailer available.

This can sometimes be difficult for profanity filled comedies or bloody creature eating horror films. You really need to have a version of your trailer available that is "clean" so that it will make it through the sensors and not get banned on social media, YouTube or Vimeo. Horrifying images and F-Bombs will get you (and us) reported, which is all bad. It hurts the marketing effort, which is the opposite of what you're trying to accomplish. You can have a mature version of your trailer too, just don't expect us to market it on our social media channels.

It doesn't have to be complicated! This Trailer Is Only 9 Seconds Long!

Thanks for taking the time to read this article. If you have any feedback, please leave a comment below. 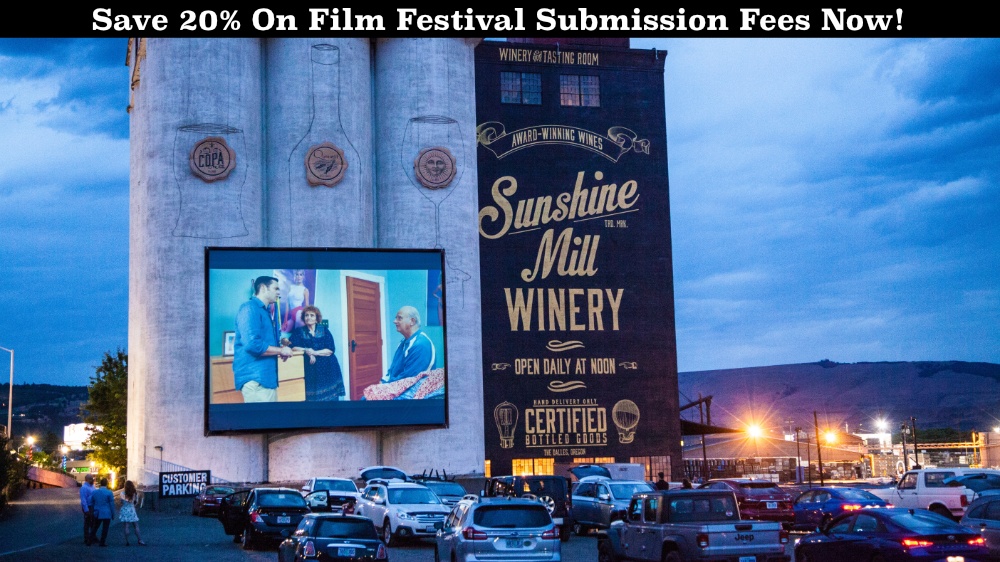