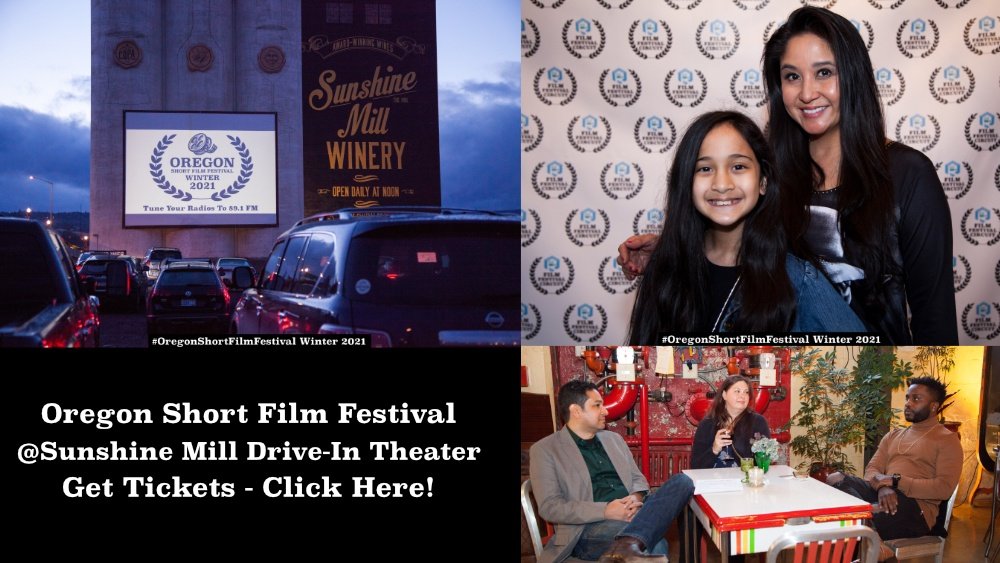 All film, video, screenplay and teleplay submissions were submitted via FilmFreeway. Please check out our FilmFreeway waiver code list and save 20% on future film festival submissions.  If you are interested in attending the OSFF in the future, or to get updates, please join our emailing list. The official OSFF Shirts, Sweatshirts and clothing are now available in our online store.

The following films, videos and screenplays are official selections of the Oregon Short Film Festival Summer 2021 event. This means that they placed in the top 30% of submissions. All official selections and award nominated films screen will screen on August 29, 2021 unless the filmmaker has deferred their screening date to November 7, 2021. For the current schedule, please check out our ticket and schedule listing on Eventbrite. Many of these films have been nominated for awards in the following categories. Winners will be announced on August 29, 2021.