This page is dedicated to the film on the Film Festival Circuit that have been selected for the Portland Comedy Film Festival Summer 2021 competition. The event was a huge success with over 300 attendees in 4 days. Most of the films that screened have never screened live in the United States. We also had our live screenplay reading (LINK) featuring the Best Comedy Teleplay Award Winner "Frenemies" Written by Serena McIntire. The Sunshine Mill Winery And Drive-Up Theater once again hosted a great event for us.

We made the news! 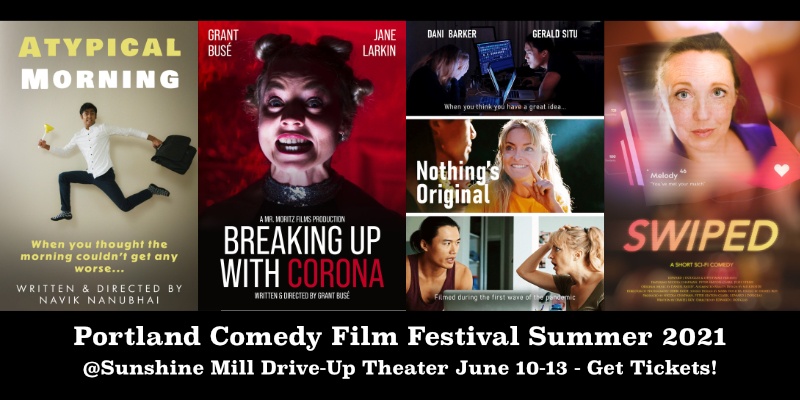 The following films, videos, screenplays and teleplays represent the top 30% rated by the judges, regardless of individual category.