The 2nd edition of the Reno Comedy Film Festival will take place on Sunday September 19, 2021 at the Reno Little Theater 147 E. Pueblo St. Reno, NV 89502 presented by Film Festival Circuit. The official selection laurels are publicly available. (LINK) All film and series episode submissions were submitted via FilmFreeway. Please check out our FilmFreeway waiver code list and save 20% on future film festival submissions.

The official RCFF Shirts, Sweatshirts and clothing are now available in our online store. The Reno Comedy Film Festival is a great opportunity to network with others in the Film and Television Industry. This event is hosted by Director Mikel Fair, author of the Film Festival Submitter’s Handbook. If you are interested in attending the RCFF in the future, or to get updates, please join our emailing list. The screening schedule and tickets for this event are now available on Eventbrite. 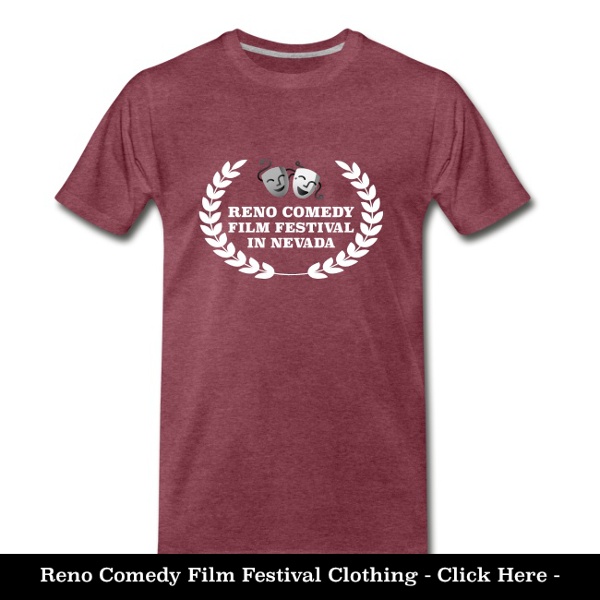 All of the films and screenplays listed are official selections of the Fall 2021 event that takes place on September 19. Due to travel restrictions and scheduling issues, we are offering a free deferral to our March 2022 screening for no additional charge. Filmmakers, please check your acceptance email if you are interested in this option. Deferring your screening does not affect award eligibility for the Fall 2021 Season and does not require a re-application, re-submission or additional judging. Your selection status does not change.